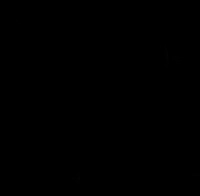 Sorry for the lack of game reports for the last two losses against Atlanta and New Jersey, but I've been busier than usual at my ad copywriting job. Frankly, the All-Star break comes at a good time for the Habs (27-13-6). In Atlanta, Jaro Halak let the Thrashers first two goals leak through him on the way to 3-0 deficit. And The Canadiens—despite a nice PP goal by Max Pacioretty and Carey Price spelling Halak—never recovered. I didn't watch the NJ game, and that was a good thing. A supposedly healthy Price made his first start in a month and captain Saku Koivu finally returned from his ankle sprain. But the Devils, now 3-0 against the Habs this season, coasted to the 5-2 win.
So, tonight's the boring skills competition, which I abhor. And tomorrow is the All-Star game, which is as big of a joke of a sporting event as any Harlem Globetrotters game. I don't give a shit that it's in Montreal. So, no. No reports. I'm not watching. For the record: Andrei Markov and Price deserve to be there; Alex Kovalev and Mike Komisarek do not. Back to regular posting next Tuesday/Thursday as the Habs make their second two-game swing through Florida.
Posted by copyranter at 6:30 PM