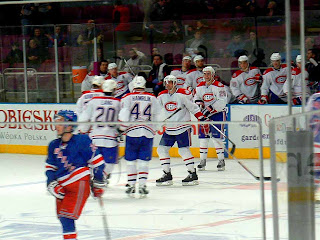 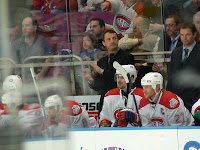 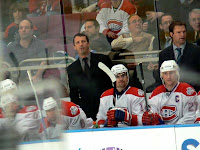 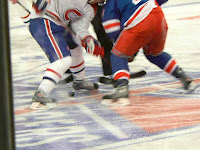 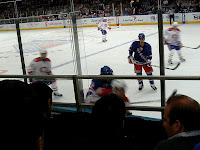 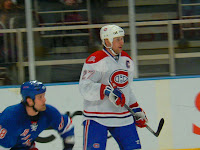 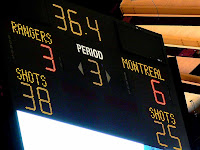 (click pics: the ruggedly beautiful Alex Kovalev, who scored the Habs first goal after Henrik "The King" Lundqvist handed the puck right to Max Pacioretty and he fed a wide-open Kovalev for the jam-in, had plenty of offensive-zone room all night. (R) SUCK it, Gothamists.)
Posted by copyranter at 7:15 PM

amazing how suddenly quiet the Garden became as soon as Lang scored that 5th goal. from SO loud, deafening noise, to a whimpering hush. subito piano.

Copyranter...
A fellow NY habs fans.
Excellent site. All it needs is a Brisebois deathclock countdown. I'd be happy to sponsor it.