On a night when the referees decided to call rulebook hockey, The Habs spent over a quarter of the game shorthanded, but gave up zero PP goals in ten chances. Dapper coach Carbonneau, certainly one of the best PKers of all time, probably spent the whole game with a stiffy. Congrats to the penalty killers and G Carey Price. But really, The Wild(s) need to go to finishing school (as do Robert Lang and Tomas Plekanec, jesus christ.). Francis Bouillon floated in his second lucky goal of the season, and Andrei Norris Markov blasted home a 5-on-3 one-timer. And that was about it as far as good chances went for Montreal (pictured: CNN's Wolf Blitzer). Notes: The Wild(s) feature two ex Canadien players/coaches behind the bench in Jacques Lemaire and assistant Mario "banana curve" Tremblay...The Habs caught a break in facing backup goalie Josh Harding, otherwise they might have been shut the fuck out...Josh Gorges played some solid D last night...Next game: Tomorrow on Long Island—don't get too shitfaced tonight homeboys Komisarek and Higgins...
Posted by copyranter at 12:00 PM No comments: 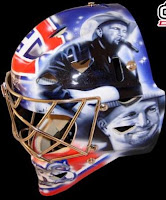 I hate shootouts. I hate them in Futbol, too. The NHL had it perfect with the "both teams have a point 4-on-4 OT now go at it like Hell for five minutes" set-up. The Habs (6-1-1) didn't deserve the two points last night against the Hurricanes. They were badly outplayed in the last two periods. However, Kovalev's first period unassisted short-side bullet wristshot was a thing of beauty—G Cam Ward abandoned the post early and got burned. Price was good, but gave up a terrible rebound on Matt Cullen's game-tying goal in the third period. Cap Sak scored the only SO goal on a nice five-hole backhand, thus ending Carolina's nine-game winning streak at The Bell Centre. Notes: After getting flattened by Komisarek, the 'Canes Eric Staal (pain in the ass all night) tripped the Habs blueliner, and then made diving motions from the penalty box (douche...would love to have him)...Carolina coach Peter Laviolette after the game: "I thought we did a good job and that's what's frustrating about the shootout, now everybody's saddled with a loss and it's like you buried your dead cat in the locker room - nobody's talking..." Next game: tomorrow at The Wild (6-0-1), the only remaining undefeated (in regulation) team...
Posted by copyranter at 1:30 PM 1 comment:

Thank you, dapper coach Carbonneau.
Posted by copyranter at 2:00 PM No comments:

Didn't watch the whole game, so just a short note. Despite putting 51 shots on goal, the Habs (5-1-1) looked outworked in this game. Example: on the goal late in the 2nd period that essentially decided it, Travis Moen out-hustled Montreal's pointmen to score on a shorthanded breakaway that put the Duckies up 5-3. And while Jean-Sebastien Giguere was good, most of those shots were right at him. So, the first pointless game of the season is in the books. Next game: Tuesday vs. Carolina. (image: Duck Vader)
Posted by copyranter at 8:45 PM 2 comments:

How bout Goon or ButtEnd or SinBin? 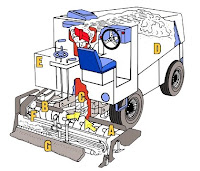 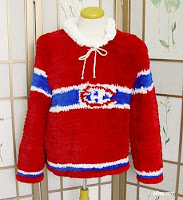 (click image for closer look)
It's made of artificially-colored rabbit's fur. It's currently for sale on e-bay for a mere $395. (via)
Posted by copyranter at 2:45 PM No comments:

That plucky little beef cube of a defenseman Francis Bouillon slapped home the third period game-winner through a nice Mathieu Dandenault screen to lead the first-place Habs (5-0-1) to their 5th straight win. Cap Saku Koivu scored the game's first tally off of a sweet 4-on-4 setup by freelancing D Andrei Markov, who is on a pace to notch an Orr-like 123 assists. The heretofore nonexistent Tomas Plekanec briefly materialized to wrist home an empty-netter. Both teams back-checked well, creating a far from entertaining TV experience. Jaroslav Halak was again solid in goal. Said Koivu about the Panthers: "You could really smell the sun block out there tonight." Next game: Saturday vs. Anaheim. (image: Pink Panther balloon animal by YoYo the balloon man)
Posted by copyranter at 12:30 PM No comments: 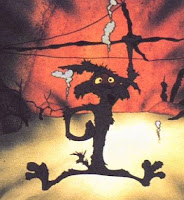 In the Habs fourth straight win, the Koivu-Tanguay-Latendresse line scorched the visitors for 3 even-strength goals. Robert Lang also banged in a gift PP tally, his third. Koivu's assists on Tanguay two goals were both absolutely gorgeous feeds. After Andrei Kostitsyn got his brain caviar rearranged on a marginally dirty hit by Phoenix blueliner Kurt Sauer, Giant George Laraque then spent the rest of the game looking for a Coyote willing to receive a payback pummeling. (Sauer pussied out when challenged). Winger Todd Fedoruk finally obliged.
Notes: funny to observe that Phoenix coach Wayne Gretzky is as much of cry-baby whiner as he was when he was a player..."do they constantly have sand in their hockey pants?", wondered Koivu post-game about the visitors...Christopher Higgins and his strained groin, rumored to be ready for action, was still out of the lineup...a positive develop from the Kostitsyn hit was that it inspired the chronically-lazy Canadiens to play hard for most of the 60 minutes...
Posted by copyranter at 1:00 PM No comments:

Lazy Habs Let Bruins Have A Point in 4-3 SO Win.

Not a good sign—how many times did we see this bullshit at the Bell Centre last season? The Habs bang in a couple of quick goals, and then just stop fucking skating? Price saved their asses in the shootout. I know it's early on, but home-ice laziness is a virus. Saku Koivu blamed the ghosts for the lackluster effort, saying they were obviously drunk during the pre-game festivities. Next up: Saturday vs. the Coyotes.
And in embarrassing ex-Canadiens news, Red Wings defenseman Chris Chelios thinks singer Joe Elliot from god-awful Def Leppard purposely disrespected hockey by placing Lord Stanley's Cup upside-down on stage during the league's god-awful opening night ceremonies in Detroit.
Posted by copyranter at 2:00 PM No comments:

Four even strength goals (plus an empty-netter), in a road game where their play, and that of young backstopper Carey Price, was spotty? Fuck yeah, I'll take it. And nice to see big boy Latendresse stand up for himself at the closing buzzer, because teams are gonna challenge his perceived pussiness all season.
Said cap Saku Koivu after his shower: "I think they miss RJ Umberger. And Mel Bridgeman. And Bernie Parent. And Cowboy Bill Flett. And...hey any liquor stores around here got any glögi?"
(pictured—Cowboy Bill Flett, back when players protected their heads with abnormally thick hair and their faces with abnormally thick beards. Also back when the Flyers last won a Cup. image via.)
Posted by copyranter at 3:00 PM No comments: 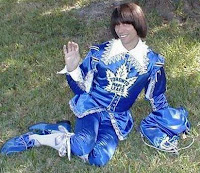 (right: a Toronto throwback uni from the days of yore. image via.)
A night after looking like 18 players who'd never met before in a SO loss in Buffalo to the Slugs, the Canadiens looked like the old surgical Russian Red Army machine in Toronto.
Everybody in the lineup, except "Sweepstakes" Brisebois (he's always giving away free gifts), was hopping and juking. Even Gui Latendresse looked confident and dangerous. That scared me.
Said Koivu, post-game: "I think they miss Mats Sundin. And Bjore Salming. And Red Kelly. And Turk Broda. And...hey any of you guys know where I can get a bottle of aquavit this time of night?"
Next up: tonight in Philadelphia against the loathed Flyers.
Posted by copyranter at 10:30 AM No comments:

The Montreal Canadiens will not win the Stanley Cup this season. 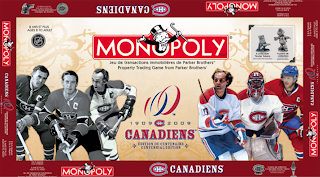 Unlike every other hockey prognosticator on the Web, I am not convinced that the Habs are the best team in the East. I'm not even convinced that they're gonna make the playoffs. Why? Because I remember last year, when many of the same brilliant Kreskins predicted my beloved icemen wouldn't qualify for the post-season. And this year's team ain't much different than last year's. And sensitive sniper Alex Kovalev is a year older. And Mark Streit will NOT be easily replaced on the power play. And the Canadiens absolutely sucked smelly elk ass last year at even strength. So, while Andrei "Big Tits" (as the randy Four Habs Fans have nicely dubbed him) Kostitsyn is a star in the making, and Montreal winning a 25th Cup in their 100th year is a tidy little dream, reality is—it ain't happening. For further evidence of disappointment, I present the hubristic release of this special Canadiens edition of Monopoly (?). Also? This fan's obsessive video tribute (found here) set to fucking "Viva La Vida" by fucking Coldplay. They're DOOMED. I have the NHL Center Ice package and an understanding girlfriend; therefore, I will be updating the site 2-3 times a week, all season (unlike last year). Tonight it begins at Buffalo.
Posted by copyranter at 3:00 PM No comments: